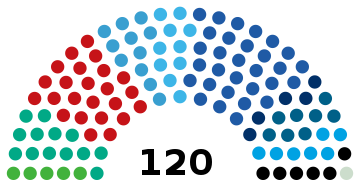 The Israeli Prime Minister Benjamin Netanyahu issued on January 27, 2018 the following statement on the draft antidefamation law in Poland:

“The law is baseless; I strongly oppose it. One cannot change history and the Holocaust cannot be denied.” The slanderous, but catchy headline grabbed attention of the global media and put Poland in the pillory.

The bill denies in no way the Holocaust and its main goal is to sanction the historically false and offensive term “Polish death camps”, and false accusations of Poland’s complicity in the Holocaust. The bill doesn’t set any fines for anyone, who accuses individual Poles of perpetrating war crimes against Jews. According to the Israeli War Crimes Commission less than 0.1% of Poles collaborated with Nazi Germany. 99.9% didn’t! If an organization or individual casts a stone at one of those who constitute this 0.1%, there will be no threat of punishment. If, however, an organization like Simon Wiesenthal Center or the Nazi hunter Efraim Zuroff claim that Poles are complicit in the Holocaust, they could be liable to prosecution. Similarly, if a Polish organization or individual claim that Holocaust without Jews wouldn’t be possible, they could get up to five years in prison. If a Polish organization or individual claim that Jewish individuals are responsible for war crimes against Poles, for instance, Solomon Milstein, one of the Soviet leaders of state security responsible for the transport of Polish officers to the forests of Katyn and Starobielsk, there should be no threat of punishment. Those Poles could be, however, ostracized by Jews as anti-Semites.

There is no significant difference between the Israeli and Polish law. The accusations of Mr. Netanjahu show that he has prejudices against Poles, that he is not familiar with the WWII history and that his memory is very short.

In November 2016 the Israeli and Polish government hold intergovernmental consultations in Jerusalem. They agreed in a joint  statement (full version below) among others:

The Governments attribute great importance to their dedicated efforts in the field of education, particularly in eradicating false stereotypes on both Countries. Both Governments firmly oppose any form of discrimination on racial grounds and anti-Semitism, as well as any attempts at distorting the history of the Jewish or Polish peoples by denying or diminishing the victimhood of the Jews during the Holocaust, or using the erroneous terms of memory such as “Polish death camps”.

The Governments recognize the great importance of preserving structures and the authentic exhibits that still remain in the former concentration and death camps that were built by Nazi Germany in the occupied Poland.

So why is Mr. Netanjahu no longer interested in supporting Poland’s ambitions to combat the “Polish camps”? More than this, he calls the fight against the camps a “Holocaust denial”, an absurd and offensive statement, which enraged Poles.

In addition, Poles learnt yesterday, that the majority of Knesset backs bill accusing Poland of Holocaust denial! Poland, a victim of the WWII will be equalized by Israelis with Nazi Germany! And Nazi Germany, the source of all evil during the war, will be whitewashed of its crimes. Who is denying the Holocaust here Mr. Netanjahu, Poland or maybe you?

In contrast to many other European countries, during the WWII there were no Polish SS units. Poland fought against Germany from the very beginning to the last day of the war. The camps were not Polish, they were German. Poles were the victims of the camps. 3 million ethnic Poles perished during the war. The country was destroyed. Up to 50,000 Poles lost their life while rescuing Jews. More than one million Poles in occupied Poland actively supported Jews offering them shelter, food, money, or medicaments and risking their own life, as providing refuge to Jews was punishable by death to the whole family.

Today, we the Polish people get an invoice from Israel and Jewish organizations, who have the audacity to call the proposed antidefamation bill a “Holocaust denial”. The invoice for help, that our fathers, our mothers, our grandfathers, and our grandmothers offered to Jews during the war. Poland, the only European country, which was a safe place for Jews for centuries, could say now: Et tu, Brute? (and you, Brutus?). Et tu, Brute, do you really want to continue this dirty game, to humiliate Poland all over the world, to blackmail us with congressional bills S. 447 and H.R. 1226 and take things that don’t belong to you? 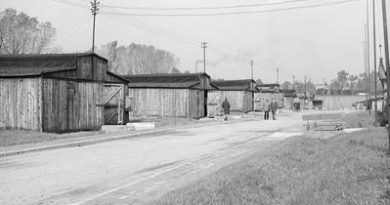 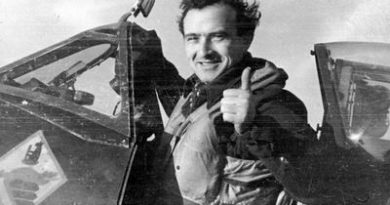