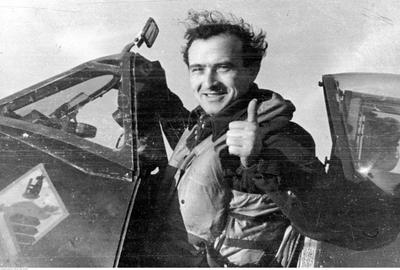 I.  The New Law Will Inhibit Academic Inquiry-Wrong. This Should be Obvious

Well-known Israeli Jewish writer Seth J. Frantzman pointedly writes: “The Polish law should be read in full. The text of the Polish law doesn’t criminalize all critique of Poles during the Holocaust. It specifies “contrary to facts” as a part of the law. The law of course is the wrong way to legislate “facts,” but nevertheless it should be read.” (Emphasis added).

Though disagreeing with the law, Frantzman is affirming what Poland’s government has been saying all along!

II.  The Diffusion of Holocaust Guilt Away From the Germans is a Very Real-and Not Imagined-Issue

Frantzman is unambiguous: “The Holocaust is often taught without sufficient reference to which countries collaborated and resisted. Increasingly it is also universalized and the Nazis are portrayed as not German Nazis, but rather a general “evil.”

“Much of the anger directed at Poland relates to memories about the period before and after. But there is no reason to lump that in with the Shoah and reduce the German Nazi responsibility.”

III. “Polish Death Camps”?  Falsifications of History: Some Form of Polish Co-Responsibility for the Holocaust is a Commonly-Believed Meme

Frantzman candidly acknowledges:  “The story shows the degree of hatred for Poland and Poles that exists among some Israelis and some Jews. It is based on stereotypes, generalizations and memories from the 1930s. That the anger is pouring out again is simply because it has been hiding just beneath the surface for years. Deborah Lipstadt wrote in 2007 about the enduring myth “the Poles were worse than the Nazis.” She noted “Many people, Jews primarily among them, believe the balderdash that the Germans put the death camps in Poland because the Poles would be happy to see the Jews killed. They ignore the fact that to the Germans Auschwitz was German territory and was to be the site of a major German settlement.””

“Eventually history becomes myth and myth becomes fact. This twisting of history allows people to make the outlandish claim that “Poles were worse than Nazis” or “Poland was worse than Hitler.” It turns history on its head. But this is easy to do when Holocaust education doesn’t bother to differentiate between Hungary, Croatia, Poland, Latvia and France.”

Nor are such prejudices limited to uninformed common people. Frantzman quips, “In Israel even senior politicians such as Yair Lapid have continued to spread the claim that the death camps were built in Poland because the “Germans knew that at least some of the local population would cooperate.” There is no evidence to support this claim. Most camps were actually built in German-run areas, not in Polish areas.”

IV.  Agree With the New Polish Law or Not: Polish Demands are Well-Grounded in Fact

“It appears many wounds from the Holocaust have not healed. That is reasonable. But what is unreasonable is the number of people spreading false history against Poland. This is because of a skewed attempt to whitewash Germany’s record because Germany has supposedly taken responsibility, and portray Poland as the “problem” for “denying.” But this warped sense flips history on its head. Poland is right to want the real history to be told and the story of Polish resistance and suffering under Nazism. Unfortunately too few people want to listen to the larger story.” (Emphasis added)

(Editorial comment: Which is the Reason it Finally Had To Become a Matter of Law!)

Image of the Polish Airman Henryk Pietrzak in the cabine of Spitfire after an airfight, 1942, @ Polish National Digital Archive 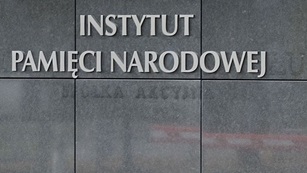 IPN: A huge number of attacks on Poland