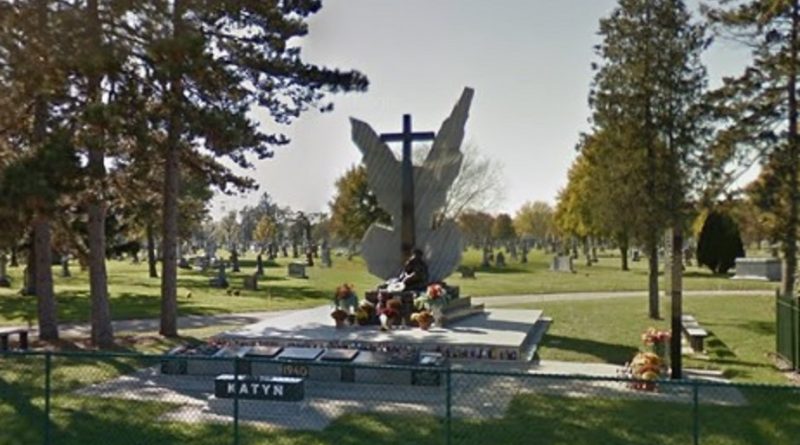 The Polish-American Rally, at the Katyn Monument in Niles (near Chicago), on May 12, 2018

People of all ages, and walks of life, participated in this patriotic event. These included Polish motorcyclists who had conducted the Rajd Katyński (the motorcycle procession from Warsaw, to the site of the genocidal Katyń murders near Smolensk, and roundabout back again).

Questions were raised about the circumstances and the adequacy of the late-Friday agreement between the Polish government and New Jersey Mayor Steven Fulop. Was it really a win-win situation?

There were unambiguously-themed speeches. A speaker reminded us that Poles will NEVER submit to the Polonophobic lies about “Polish complicity in the Holocaust”. (Having done much writing about the chronic Jewish mendacity directed at Poland, I couldn’t help but yell “Polska Siła!” - “Polish Power!”)

The home-made posters were especially telling. One exposed Act S. 447 and the Holocaust Industry. Another one, alluding to New Jersey Mayor Fulop’s Jewishness and his ugly falsehoods about Poland, reminded him of the 8th or 9th Commandment, “Thou shalt not bear false witness”. One poster called Steven Fulop on his refusal to apologize for his earlier statements. (Fulop would have us believe that nothing would be served by doing so, and that we should not go back into the past. Very well: The next time Jews call on Poles to apologize for this or that, we can repeat Fulop’s statements right back at them)

A series of moving patriotic songs were played, notably BOŻE COŚ POLSKĘ (“God Thou Hast Poland”). A priest led an invocation, and reminded the people that God can do the impossible if we ask Him.

Approximately 70 people participated in the rally, which thus ended up defying everything that was going against it. It had not been publicized in the main Polish-American media in Chicago. And, with the late-Friday “deal” that ostensibly allowed the monument in New Jersey to stay near its original location, many local Poles erroneously suspected that the Niles rally had been cancelled just as the rally in New Jersey had been cancelled. The day of the Niles rally was unseasonably cold, and rainy. But, just as if Providence had intervened, the heavy rain stopped just before the start of the rally, then entirely avoided falling during the event itself (the sun even briefly came out), only to resume as soon as the rally was finished. Perfect timing! 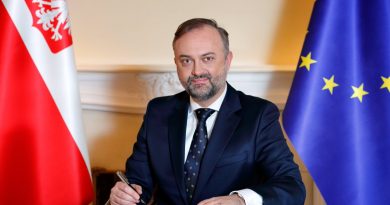 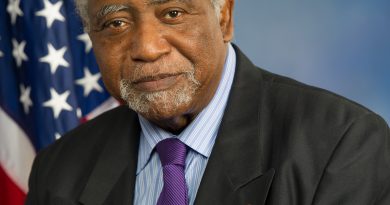 Unjustified and offensive letter of Danny K. Davis to Deputy Secretary of State