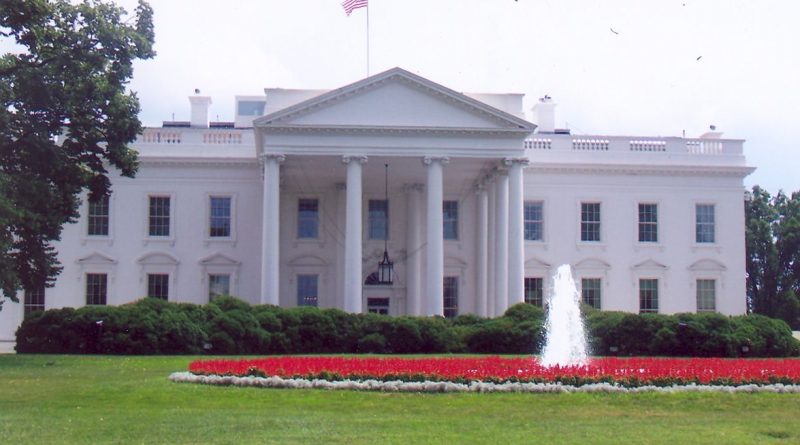 The Justice for Uncompensated Survivors Today (JUST) Act (S.447) passed on December 12, 2017 the U.S. Senate and on April 24, 2018 the House of Representatives. The House vote for S. 447 was highly controversial, as it passed the House on motion to suspend the rules, and in an almost empty Chamber, where a handful of representatives agreed to S. 447 by a very weak voice vote (voice vote is usually applied in case of uncontroversial bills of insignificant importance). Act S. 447 was signed by president Trump on May 9, 2018.

Months prior to the House voting, Polish Americans lobbied intensively against illegal and immoral Act H.R. 1226 and its sister bill S. 447, to no avail. Ed Royce, Chairman of the House Foreign Affairs Committee did not take into account the appeals of Polish Americans to reject H.R. 1226. Instead, Paul Ryan, Speaker of the United States House of Representatives, suspended the normally applicable procedure and allowed the vote, under suspension of the rules (!), not on its own Act H.R.1226, but on the Senate Act S.447. The highly controversial bill S. 447 passed the House by “voice voting” which is normally reserved for noncontroversial acts. Two weeks later is was signed by the US President.

Act S. 447 obliges the Secretary of State to submit not later than 18 months after the date of the enactment of this Act a report to the appropriate congressional committees that assesses and describes the national laws and policies of “certain foreign countries” regarding the identification and the return of or so called “restitution” for wrongfully seized or transferred Holocaust era assets. Of all the “certain foreign countries” Poland will be mostly affected, as Poland was home to the second largest Jewish community in the world before the outbreak of the Second World War. In Warsaw, as in no other city, every third citizen was an ethnic Jew.

What looks like JUST at first glance, after thorough consideration constitutes profoundly UNJUST legal framework allowing the Secretary of State to blackmail “certain foreign countries”, inter alia Poland. The premise behind the bills S. 447 and H.R.1226 was not implementation of existing law but creation of a completely new legal authority and establishment of a political enforcement mechanism in the USA to achieve the goals specified in the already publicized compensation schemes, for instance those exposed in the study published by the European Shoah Legacy Institute on April 24, 2017. Such demands are at present - from the point of view of the American, international and Polish law – nothing but illegitimate extortion attempts. Their proponents, unable to show that their compensation demands are legitimate and meet the necessary legal qualifications present under the existing set of laws have turned to the Congress of the United States trying to change the existing legal standard, which they do not like. Acts S.447 and H.R. 1226 were designed to elevate their extralegal scheme to the appearance of a respectable and enforceable legal concept.

Poland must not be held responsible for the genocide and property expropriations conducted by her German and Soviet occupiers and the political, social and economic ramifications of the Yalta Agreement reached by the United States, Great Britain and Soviet Union in 1944. Unlike France, Belgium, Holland, Norway, Denmark, Slovakia, Croatia, Hungary, Romania, Lithuania, and others, Poland did not cooperate with Germany during the Second World War. The inclusion of Poland, the country which paid the highest price for her World War Two opposition to Germany, in the same category as the other collaborating states, falsifies history. Germany has paid since 1952 on the basis of the “Luxemburg Agreement” the equivalent of over 100 billion dollars to individuals, Jewish organizations and the State of Israel. Poland, one of the most affected countries by the German occupation has got almost no restitution payments for what some scholars like the American historian Richard C. Lukas called a “Forgotten Holocaust”.

Polish American organizations and individuals all over the world strongly disapprove and object Act S. 447. 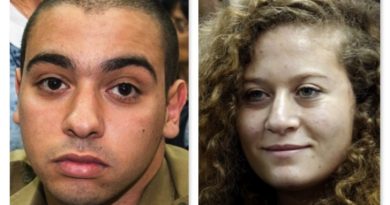 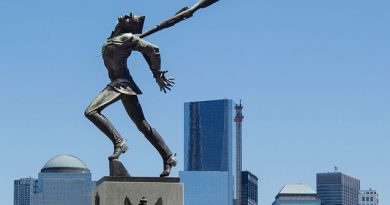 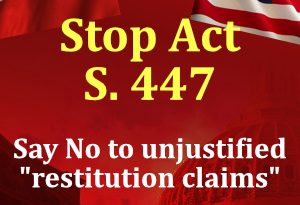