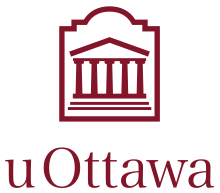 The Polish journalist Piotr Skwieciński reported on February 15, 2018 on the leading Polish news site wPolityce.pl: Now 200,000! Who gives more? In pursuit of the biggest horror. He meant the fabricated historical data of Jan Grabowski , a professor of history from the University of Ottawa. Grabowski claims that of the 200,000 Jews who had escaped ghettos in occupied Poland all were killed by Poles.

To support his false claims Grabowski misuses as a “seal of quality” the publication “Nazi crimes against ghetto escapees” (1970) of a highly respected Polish historian of Jewish descent Szymon Datner. In 1969–70 Datner presided over the Jewish Historical Institute of Warsaw and was one of the historians at the Polish Commission to Investigate German Crimes, now part of the Institute of National Remembrance. In respect to the fugitive Jews Datner wrote: “In one of the studies, I estimated the number of surviving Jews, saved primarily thanks to the help of the Polish population, at around 100,000 people. We equally tentatively estimate that at least the same number of victims were captured by the occupying authorities and fell victim to the atrocities” (“Nazi crimes against ghetto escapees”, Jewish Historical Institute Bulletin, 1970 no. 75, p. 29). Never, in any of his works, did Simon Datner mention any number of 200,000 murdered Jews, nor did he ever describe such a number of victims as the result of crimes perpetrated by Polish people on the occupied territories.

The fabricated data of alleged 200,000 Jews killed by Poles has no historical basis at all, but the “sensational” numbers are widely quoted by politicians, media, and the claims industry. In the scholarly, political, and financial sense Jan Grabowski is a “spiritual” sibling of Jan Gross, the Polish American sociologist and author of another “sensational” claim of “One summer day in 1941, half of the Polish town of Jedwabne murdered the other half, 1600 men, women, and children, all but seven of the town’s Jews…”. In their earlier publications, both masters “G” reported about topics which were irrelevant for the claims industry. Their professional career experienced, however, a meteoric rise after they started lashing out at Poles as “bloody murderers of Jews”.

Given the very narrow focus of Jan Grabowski’s book “Hunt for the Jews”*  – Polish-Jewish relations during the Second World War in Dąbrowa Tarnowska, a rural county in Kraków voivodship in southern Poland with a population of some 70,000, one would have expected a thorough and scholarly treatment of this topic. Instead, what we get is a book that is less than reliable in many respects. It is characterized by selectivity, unsubstantiated generalizations, frequent digressions and unnecessary polemics. At least one-quarter of the book is drawn from events and examples from outside the county (often from distant parts of Poland). The book is also marred by inadequate research. Grabowski is unable to identify most of the documented cases of rescue of Jews in Dąbrowa Tarnowska county, and matters that are said to be crucial for our understanding of the topic, such as the role of the Catholic Church, are dealt with in a cursory and even shoddy manner. Sadly, even Grabowski’s information cannot be taken at face value without examining the sources he relies on. Yet, reviewers (with no expertise in local conditions) showered accolades on Grabowski’s book for his “exemplary” scholarship and “meticulous” research and Grabowski was awarded the 2014 Yad Vashem International Book Prize for Holocaust Research. Moreover, as we shall see, Grabowski’s findings are relied on as authoritative by prominent Holocaust historians (http://kpk-toronto.org/obrona-dobrego-imienia/).

The Canadian researchers who commit scientific fraud are protected, however, by privacy laws – wrote the Canadian daily The Star in a highly interesting report on fraudulent activities of Canadian researchers and scientists.  “If you were going to be a fraudulent scientist or plagiarist, or you want to steal grant money, Canada is an excellent place to live,” said Amir Attaran, a professor in the faculties of law and medicine at the University of Ottawa. The Secretariat on Responsible Conduct of Research, a publicly funded agency responsible for policing scientific fraud, is keeping secret the details surrounding these researchers. Their names, where they worked, and what they did wrong is protected under privacy laws.

The following letter of support for Professor Grabowski, couched in superlatives and forwarded to Chancellor of the University of Ottawa by a group of international Holocaust and modern history scholars on June 19, 2017, had solidified the myth of excellent Holocaust scholar: “We can attest to the fact that he is a scholar of impeccable personal and professional integrity. His scholarship holds to the highest standards of academic research and publication, and for such he has earned widespread acclaim in academia, as well as honors and awards. The contribution Professor Grabowski has made to understanding the Holocaust in Poland and especially the relations between Poles and their Jewish neighbors at the time, has assumed a central place in academic discourse about those subjects.” (See: “Solidarity with Jan Grabowski”). The Chair of the History Department at the University of Ottawa wrote: “I highly regard his research, conducted in the most rigorous manner, based on solid methodology, and peer-reviewed.”

In a nutshell, if you say that 2+2 = 200,000 in regard to the Polish people, you are “a scholar of impeccable personal and professional integrity. Your scholarship holds to the highest standards of academic research and publication”. The bigger the horror, the higher the profit yielded. The University of Ottawa and some “excellent” Holocaust scholars earn on the production of fabricated data as well. Pecunia non olet! 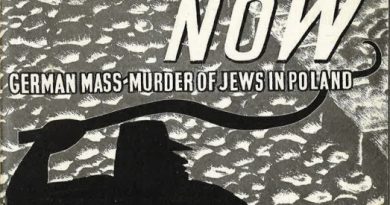 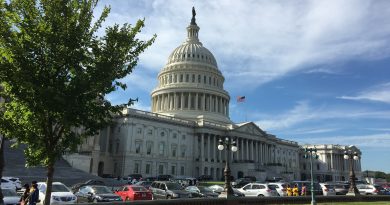 We continue our action!@StopActHR1226·
October 26

Jersey City voters will have their say on the controversial relocation of the Katyn memorial on Tuesday, Dec. 11. https://t.co/BtJyQV0iUU

We continue our action!@StopActHR1226·
October 20

Congratulations to @WarsawIF! We invite to a co-operation with Polish Americans!

We continue our action!@StopActHR1226·
October 15

Legal fight to defend Katyn Monument continues! Judge Peter F. Bariso, Jr. signed Order to Show Cause requiring Jersey City officials to explain in Court on 10/19 why they "interpreted" the last Katyn vote as "against" leaving the Monument at its location with 0 votes "against"!

Pls share!
October 14 @ 3pm huge rally organized by the Polish American Congress in support of the fight to keep the Katyn Memorial at its current location.
I invite all of the Polish organizations to join PAC and Polonia in this rally!