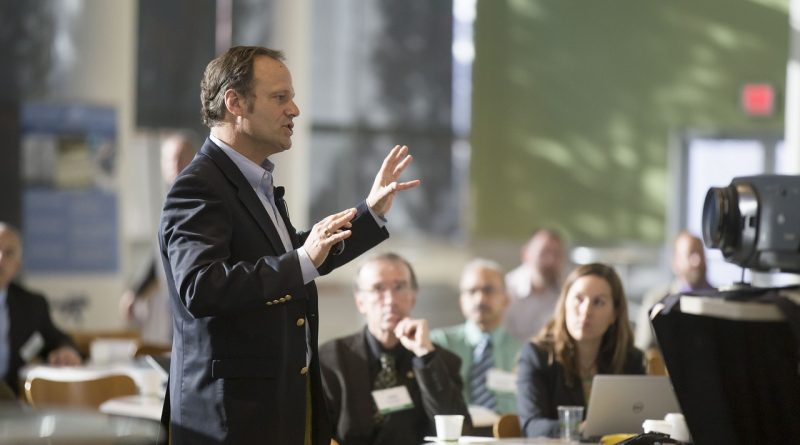 After the Day of Action on 12th March 2018 on Capitol Hill we must continue our efforts to further convince the Members of Congress to stop Acts S. 447 and H.R. 1226.

It is essential to express our concern over pending bills S.447 and H.R.1226 and present them to our representatives both in Washington, D.C and in the districts.

Below you can find all necessary advice and knowledge to get prepared for the meeting with your representative. Feel free to contact us via [email protected] for further advice should you require any additional information.

What is a Town Hall Meeting?

Most Members of Congress hold “town hall” meetings several times each year to meet with constituents and give updates from Washington, D.C. They are usually held in a public setting and are free to attend. Despite their name, town hall meetings need not to take place in a town hall. They are commonly held in a range of venues, including schools, libraries, municipal buildings, and churches. A number of officials have also experimented with digital formats for town halls. Town halls provide fantastic opportunities to gain face-to-face access to your U.S. Senators or Representatives while they are back in the district. Town hall meetings typically consist of two parts: your congressman or congresswoman will speak for about 15-30 minutes about activities in Washington. Then, they will open the floor to questions from constituents. This is your opportunity to ask your Senator or Representative about Acts S. 447 and H.R. 1226.

Find Out the Dates & Locations

We strongly encourage you to use also the mapping tool for town hall meetings. You can find your congressman using these links: Members of Congress & Find Your Representative

Before You Ask a Question

Make sure to have your question prepared in advance. Limit yourself to ONE question. Refrain from nitpicking little points. Be polite, but assertive. The congressmen are more receptive to constructive criticism than they are to pressure. Don’t just expect the Members to be pro-Polish – but rather, factual, impartial, and honest. Support your arguments with as much documentation as possible; use the arguments listed in our petition to the Foreign Affairs Committee of the House and quote the documents listed in “Legal objections”.

Raise your hand immediately when the congressman asks for questions. The longer you wait, the more competition you will have for the microphone.

What You Should Ask

Avoid yes or no questions or questions requiring a commitment. If the media is present, Members will be more likely to resist making spontaneous commitments.

If you ask questions about specific legislation, be prepared to quickly explain what the legislation does. Thousands of bills are introduced each Congress and Members of Congress don’t have them all memorized.

A good way to phrase a question is to base it on an action. (“What will you do legislatively to solve the problem of discrimination of Polish Catholic Holocaust Survivors?” or “What have you done to hold President Trump accountable for X or Y?”). Doing so makes it harder for the Member of Congress to give an answer using only talking points.

Do your homework! Don’t hesitate to do some extra research on your Member of Congress before the town hall. If you feel they issued a statement in which you disagree, for instance, derogative and unsubstantiated remarks of Senator Menendez on Poland during the 2018 AIPAC Conference or the flawed arguments of 59 Senators in the letter to Polish Prime Minister Morawiecki of March 26, 2018, those are great points to bring up when you are given the microphone. In respect to Senators, you may ask: “Could you tell me why you allowed flawed Act S. 447 to pass the U.S. Senate by acclamation and not by voting?”. The wording of Acts S. 447 and H.R. 1226 is very general and abstract. They clearly favor one ethnic group and exclude other groups (Polish victims, Catholics, Roma or Jehovah’s Witnesses). S. 447 should never pass the U.S. Senate by acclamation, but be a subject to thoughtful analysis and voting. You may also ask “Why should the Terezin Declaration be supervised by the USA and not by an international organization, like the UN?” or “Why doesn’t the U.S. Congress pass a legislation that is based on numerous declarations regarding the Middle East process like Venice Declaration of 1980, Part IV of the Berlin Declaration of 1999 or Seville Declaration of June 2002, but it introduces Acts (S. 447 and H.R. 1226) that are based on a very abstract and legally non-binding Terezin Declaration?” or “If there is a U.S. Special Envoy for Holocaust Issues, why there is no U.S. Special Envoy for WWII Genocide on Ethnic Poles?”. But remember, be polite.

Your question will be best received if it is phrased respectfully and tactfully. Rude or off-color language will ensure a more guarded response from the Member of Congress and could even turn the audience against you.

Find a staff member. If your Member does not stick around after the town hall, or you have trouble accessing him/her, locate the Congressional staff and speak to them instead. They can take your comments, answer questions, and refer you to appropriate staff members.

Bring business cards. Bring a business card to give to the staff member to help him or her follow up with your question. Please add the name of our website on it: https://stopacthr1226.org.

Network with other attendees. If anyone else in the audience asks questions about issues that are in line with your views, talk to them after the meeting is over. That’s a great opportunity to get them involved in activism.

Network with other groups

Be in touch with other Polish Americans from your city or district, for coordinated activities. Arrange also a meeting with local writers and editors to express your concerns and to better explain the position of Poland.

Please visit also the website of Town Hall Project and follow it on Twitter @townhallproject. Town Hall Project empowers constituents across the country to have face-to-face conversations with their elected representatives. It is an excellent platform to show up and to speak out.

Please notify us about your meetings and their content, so that we can record all relevant information in our database.

Please download and read the document underlining the legal objections to Bills S.447 and H.R.1226 submitted by the Polish-American Constituency.

The above guidelines were adapted from “Activism Guide: How to Attend a Town Hall Meeting “ by FAIR (Federation for American Immigration Reform). 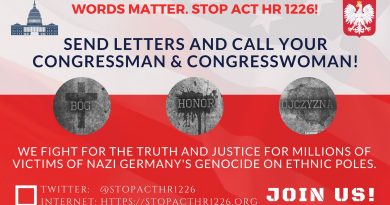 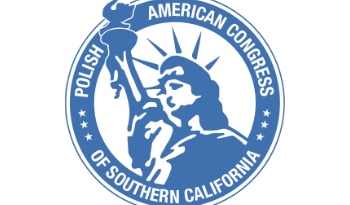 Appeal to the US citizens of Polish descent!