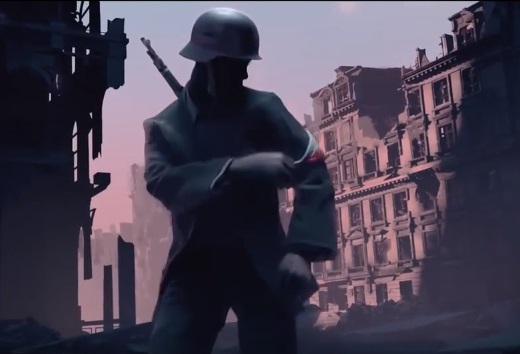 S. 447 should be VETOED. Chairman Royce called the bill during the debate on S. 447 in the House on April 24, 2018 “blame and shame.” There is too much historical disagreement for that, and it troubles relations right here in the US.

Royce inadvertently exposed something ugly. We quote it because it is ugly and dangerous. It is nothing short of a pedagogy of shame which the Polish people know so well in form of historically false and offensive terms like the “Polish death camps” (a problem that has never been addressed by people like chairman Royce!).

“And this legislation, which charges the State Department with the responsibility for this important report—and let’s call it naming and shaming; that is basically what is intended here—gives the United States another tool to seek justice for Holocaust survivors, to seek justice for the families of Holocaust victims. And it is our hope that passing this bill will motivate improvements even before the report is penned. Already we have seen some of these countries overseas renew their engagement on this issue, and that is the leverage that we want to deploy.”*

The words of Ed Royce have been augmented by a tweet published by the House Foreign Affairs Committee shortly after Act S. 447 had been passed by the House of Representatives:

If the US President doesn’t veto S. 447, the Polish Holocaust survivors and their families will be “named and shamed” by the United States for the Nazi German war crimes. Mr. Royce, do we understand it correctly: is this what you want?

Image: Soldier of the Polish resistance during the Warsaw Uprising of 1944. Source: Film “Unconquered”, Polish Institute of National Remembrance.